The nuclear option is a political tactic used in the United States Senate.

The Democrats control the White house after 4 horrible years of a trump milking and his attempt to over through our democracy.

Thanks to a corrupt republican senate controlled by McConnell, the judicial branch of our government by rich politicians! 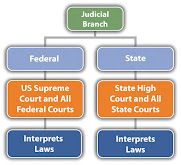 The 2020 elections decided control of both chambers. In the House of Representatives, the Democratic Party retained their majority (albeit reduced from the 116th Congress).

On January 20, 2021, three new Democratic senators (Jon Ossoff and Raphael Warnock of Georgia and Alex Padilla of California) were sworn in, resulting in 50 seats held by Republicans, 48 seats held by Democrats, and two held by independents who caucus with the Democrats. Effectively, this created a 50–50 split, which had not occurred since the 107th Congress in 2001.

With Vice President Kamala Harris serving as the tie breaker in her constitutional role as Senate President, Democrats have control of the Senate, and thereby have full control of Congress for the first time since the 111th Congress ended in 2011.

The "nuclear option" to save your country from “Corruptive politicians

President Biden and Democratic need to revoke Senator Mitch McConnell’s corruptive powers to destroy this country for profit to his pockets!  The "nuclear option" has been proposed to eliminate the 60 vote threshold for certain matters before the Senate. The nuclear option is a parliamentary procedure that allows the Senate to override one of its standing rules, including the 60-vote rule to close debate, by a simple majority (51+ votes or 50 votes with the Vice President casting the tie-breaking vote), rather than the two-thirds supermajority normally required to amend the rules. Filibuster in the United States Senate - Wikipedia

Today we should be getting ready to spent her day, well earned I might add, wherever she would be the happiest all day! Alas; this still...